Will started crawling yesterday.  A few days after the family reunion of course, so nobody else got to see it.  He’s doing the army crawl thing, which Kalena never did.  It’s a little weird to see him crawling, because I still think of him as such a little baby.  He also sleeps through the night most nights (meaning 10 pm to 6 or 7 am.)  Not every night, but I suppose that’s normal.

In other news, the new escape-proof pajamas are (so far) proving to be escape-proof.  I don’t have to rush in the second I wake up in the morning, and I don’t have to worry that getting her up after nap might necessitate an entire load of laundry and the use of clorox wipes.  Plus, they’re cute!  I’m just hoping that if (when) Will goes through a nudist phase it will be at the same size. 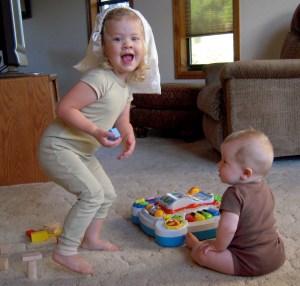 Nice hat, don’t you think?  She didn’t want to take it off for the pictures. 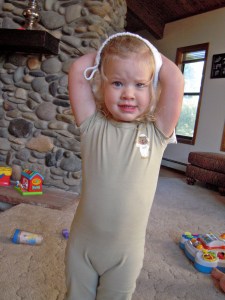 Zipper in the back.  Why there are not more kids pjs with zippers in the back I don’t know.  I suppose they’d be a pain if you were going to be changing diapers, but we’re not. 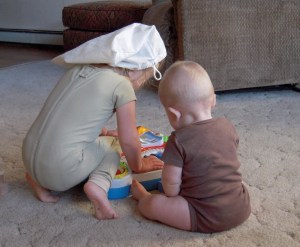 If you have a clothing escape artist, these are the pajamas you need.

3 thoughts on “And he’s crawling”