So, a couple weeks ago I sent Brian to the store before work because we were out of milk.  (I am realizing that I do this WAY too often.  I really need to pay attention to how much milk we have before we have none.)  Anyway, about the time I heard him open the door when I he got home I thought, “I should have had him pick up some donuts too.  Well, too late now.”  But apparently he’s a mind reader because he had donuts!  (This is why we’re married.)

The kids, of course, were SO! EXCITED! that I had to take some pictures.  I mean, come on.  There was chocolate!  And sprinkles!  For breakfast!!

Will was incapable of saying cheese and opening his eyes at the same time. 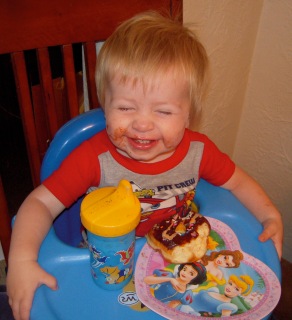 Kalena insisted that I take her picture, but then wouldn’t put down her donut and smile long enough for me to actually do that. 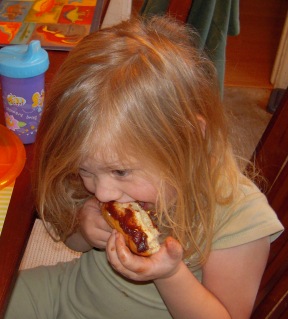 It’s probably a good thing the Krispy Kreme here closed, because otherwise I would find excuses to have donuts WAY more often.

2 thoughts on “Look, I found some pictures!”