Today’s fact: About 20% of people with Down syndrome ages 18 and older live on their own.

You guys, I had such high hopes for pumpkin carving. I thought the kids would be excited and love it and we could totally make it a favorite tradition. It did not go like I’d planned.

Kalena did NOT want to stick her hand in the pumpkin. Seriously, she’s about to cry in this picture. (She said it was scary.) 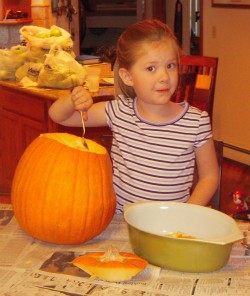 So I made her stick her hand in, to show her that it wasn’t so bad. 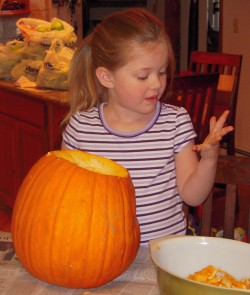 Instead of thinking it wasn’t so bad, she stared at her hand for a while and then gagged. It appears she has a texture aversion. Note to ourselves in the future- never let Kalena go through one of those haunted houses when they stick your hand in gross feeling stuff. Otherwise she’ll be the kid who pukes.

Will was more willing but also grossed out. (No gagging from him though.) 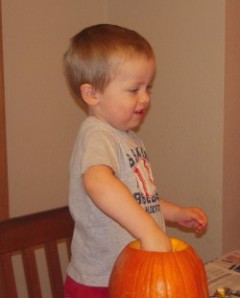 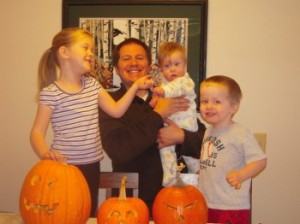