I finished Christmas shopping for the kids on Wednesday (minus a couple stocking things.) I’ll get around to posting about what they’re getting, but for today, some dinosaur ideas! (I’m always hyper-aware of anything dinosaur related. I’ve caught my kids’ obsession. I didn’t even know it was contagious.)

First, these dinosaur flashcards from Flash of Brilliance. Kalena got these last year for Christmas, and they’re awesome. They’re card-stock so they’re more durable than just cards. They have lots of info on the back, but they’re also color-coded on the front (so you can tell the sauropods from the theropods, etc.) 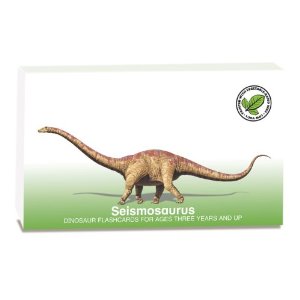 A jumbo T-Rex from Toys R Us. Will has one of these, and he’s getting another one, because he loves it so much. (Toys R Us only has two jumbo dinosaurs online. Both T-Rex oddly enough.) I don’t know why they call these “foam.” They’re plastic. 20 inches tall and made of awesome soft plastic.

Melissa &Doug dinosaur puzzles. Four wood puzzles in a nice storage box, pieces labeled on the back in case they get mixed up. Can’t go wrong here. 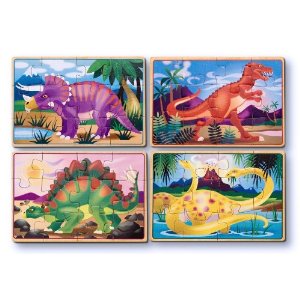 One of these awesome dinosaur hats from Daisy Brains on Etsy. It is a shame we don’t have any of these. We really should. 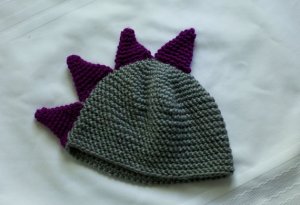 Some squishy dinosaurs from Oriental Trading Company. These are tiny and stretchy and squishy and really fun. We bought a 4 pack of them in a museum gift shop, but I might still need to order the 48 pack of them. The kids love them. (Plus, $6! Less than 15 cents each! Doesn’t matter if the kids lose a few!) 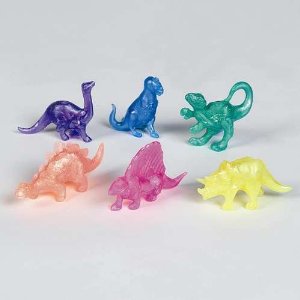 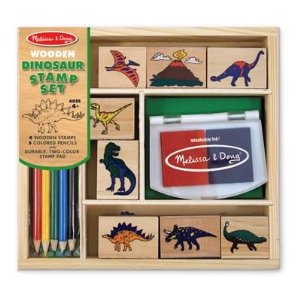 An Ultimate Sticker Book: Dangerous Dinosaurs. These books are great and available for pretty much anything your kid might be interested in. 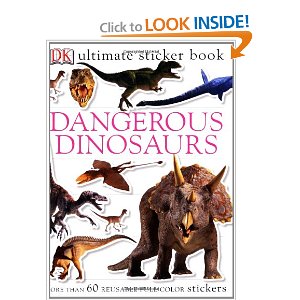 The book “Ten Terrible Dinosaurs.” We don’t own this (WHY?!) but we’ve checked it out of the library several times. Very cute. 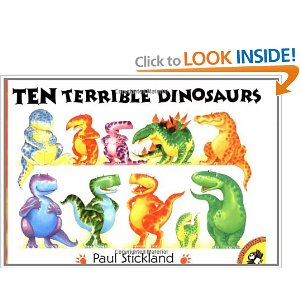 Looking for something a little more practical? How about some dinosaur pajamas. We have several pairs around here, including these from Carter’s. Will loves to point out all the different dinosaurs there are. It’s really cute, because he always sounds a little surprised. Like, “Hey! Did you know these have dinosaurs on them?” 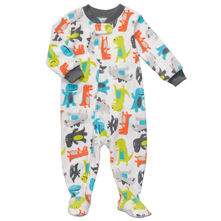 And no dinosaur lover’s life is complete without dinosaur cheater chopsticks! (No? Just my kids?) Kalena and Will LOVE to use chopsticks but they are bad at it. We’ve been talking about getting them some cheater chopsticks for awhile, and then I found these at our dinosaur museum gift shop. In the stockings they go! 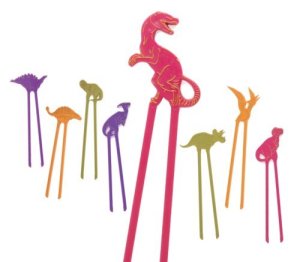 I could probably go on forever, but I’ll quit now.

3 thoughts on “Gift guide for a dinosaur lover”